Ethics is a branch of philosophy that  generally involves a discussion about what one ought to do in a particular situation.

Ethical decisions can be difficult, often because conflicts can arise between what we see as competing principles. For example, if telling the truth, and protecting other people are important principles, then what would one have done if, to use an example from World War II, a Nazi had asked you whether you were hiding a Jew in your attic? Most people would consider that telling the truth would be wrong in this case. There are always options, but specific cases can be complex to resolve.

An important aspect of ethics is that it requires taking the position of an impartial observer. Self-interest might drive many people's decisions, but this perpsecitve cannot be universalised. An ethical approach must consider the situation impartially.

Ethical decisions cannot be a subjective and visceral, 'oh, I don't like that just because it is wrong'. There should be a universal approach that requires considered argument. For example, many people might argue against human cloning because it produces another identical human being. However, it would that mean that a couple, if through sexual means were to have a baby that was a genetic clone of say George W Bush, however improbable that would be, should have the baby aborted. Or that identical twins (with the same mitochondrial DNA), who are more identical than clones (with different mitochondrial DNA), should not be permitted?

Many people have different views on voluntary euthanasia. If your view is that you would never want the option of euthanasia, even if you were terminally ill and suffering great pain or distress or indignity, then that is your individual choice. Everybody, well informed, should have the right to make decisions about their own body. To impose your view on others however, and demand, whether by physical, emotional, legislative or other means, that other people also adopt your position, is unethical. An ethical approach requires that if you do not want others to impose their individual views on you, you should equally not impose your views on them. If you are heterosexual, then you would probably object to others imposing, for example, a condition that every adult must try homosexual sex. You would therefore appreciate the angst that is caused when people impose their beliefs on others.

Taking the universal, impartial position means that other people have no fewer or more rights than you. Conflicts should not arise, for example when an individual makes choices about their own individual lives, such as with issues like abortion, euthanasia, and consensual sexual activity. However conflicts do arise here, and it is mainly religions that wish to dictate how other people should live their lives. Any religious or personal view that claims that 'my view about what you should do is more important than your view about you', is an unethical situation, because it gives another's views primacy over one's own views. Throughout history, when people have disagreed on this point, conflict results, and wars have occurred.

President Barack Obama, when a Senator, recognised this universal nature of ethics. He said “Democracy demands that the religiously motivated translate their concerns into universal, rather than religion-specific, values. It requires that their proposals be subject to argument, and amenable to reason. I may be opposed to abortion for religious reasons, but if I seek to pass a law banning the practice, I cannot simply point to the teachings of my church or evoke God's will. I have to explain why abortion violates some principle that is accessible to people of all faiths, including those with no faith at all.” [quoted in http://www.crossroad.to/Quotes/communitarian/obama-warren.htm].

Barack Obama recognised this religious problem, because at a fundamental level, religion usually does not allow for compromise. Religious leaders consider their views right regardless of evidence, alternative positions, or whether the outcomes are desirable. This must change if the world is to be a better place. Governments must take the lead to ensure that there is freedom of religion, and therefore no punishments for not following particular religions, as well as a

Ethics is also about how people should live a good life, referred to in The Bibbble as living a fulfilling and ethically good life. An ethical approach might not give 'right' answers, but it can provide some principles and guidelines that will help us live our lives.

There are many rights that humans should enjoy, such as the freedom of thought, life, liberty, as well as freedom of religion, and rights to good health care and education. The Universal Declaration of Human Rights was drafted in a post World War II era, when gender bias still occurred, indigenous people issues were under the radar, and logical conclusions from ethical analysis were still prevented from being acted upon, mainly as a result of religious influence. As religious influence has decreased, it is clear that  some rights, such as an individual's right to die with dignity (euthanasia), the right to not have religions imposed on people (a freedom of religion that does not involve punishments for not observance of a religion), the right not to be discriminated against (on any characteristic by any organisation), the right to freedom of choice for children in religious instruction (not being indoctrinated in a religion when they are young), the right to have one's body protected as a child (banning male circumcision and female genital mutilation), and many others. Governments must take the lead to ensure that there is rights are upheld, but it is people who elect governments, and they must make the first move.

It is these hidden rights, often neglected by religions, governments and other organisations, that this website will make special efforts to support. Government and religious leaders must appreciate that if they do not want others to tell them what to do in their individual lives, they should not demand that others live their lives according to their religious scriptures. For many groups that would be arrogant and hypocritical

Ethical thinking and upholding human rights: a good recipe for a better world. 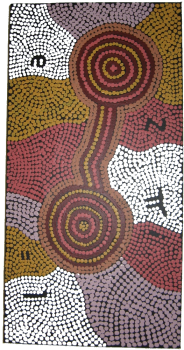